Contributor
They need to be reported for scams thats for sure!! Not only are these shirts junk they're not even the ones I ordered beyond **bleep** off
Login to Me Too
3 Kudos
Login to Reply or Kudo

Same here!  I ordered from them and 2 of their affiliates.  I ordered like 17 shirts - they were cheap and I loved them.  Know how many I got that I actually ordered?  3!!!!!  That's a poor percentage.  And the thing was that I REALLY wanted the shirts.

Did any of yours have the sleeves sewn with the seams on the OUTSIDE?  LMAO Mine did - unbelievable!

The above link is all the complaints PAYPAL customers have had including me from this Company that has many names it uses and fraudulently takes peoples money for clothing and items and doesn't give the product and or sends them the wrong stuff. To make it worse PAYPAL knows the situation and does not do anything to the Merchant. Why is that? You allow your customers to get taken advantage of and then we dispute it and have to wait for this Merchant to NOT RESPOND!!! I am frustrated beyond words. Is PAYPAL going to continue to allow this to happen to your customers? I have attached what my order was supposed to be and what I received. I have contacted the Merchant 5 times as of today with no response and I am in dispute waiting for there response till September 3rd and until then my mom's birthday gift is **bleep** up and I am out the money too...WOW SEEMS REALLY FAIR! 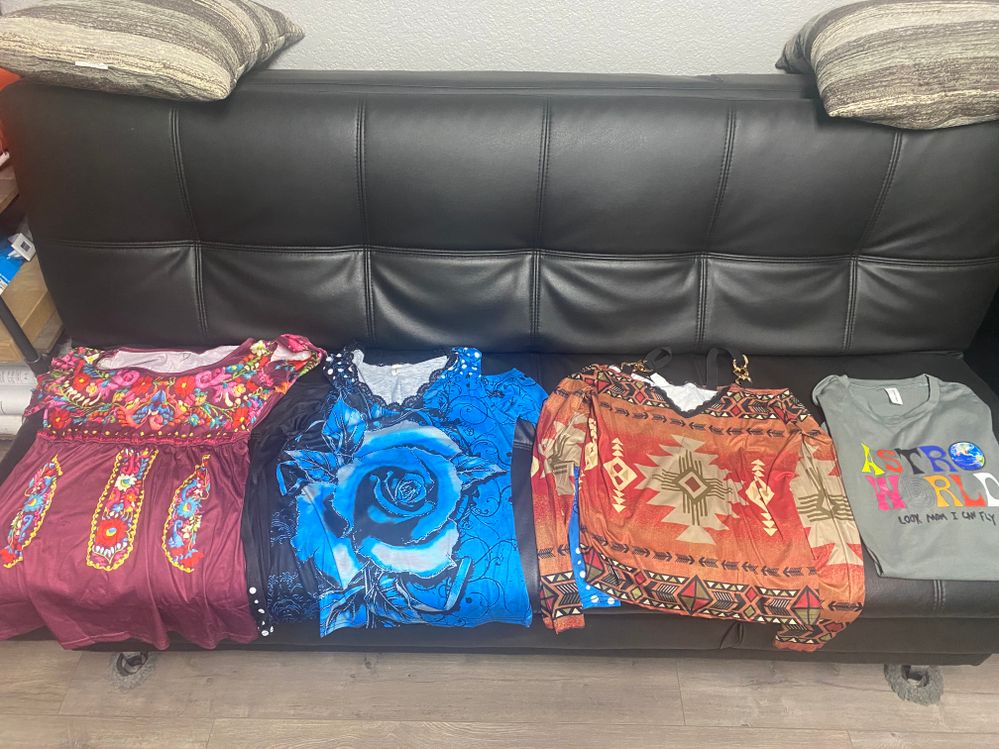 Login to Me Too
4 Kudos
Login to Reply or Kudo

Contributor
I called my bank this morning. They jumped right on the fraud. I thought paypal would take care of my problem. But paypal said you have a tracking number. They did not care that it was a fake tracking number.
Login to Me Too
3 Kudos
Login to Reply or Kudo

I just received my package from them and not only were the shirts ugly they weren't anywhere close to what I had ordered.  I ordered t-shirts with horses on them and got 2 shirts that are ugly as sin and nothing to do with a horse.  One is a skull and says Choke me Daddy on it and the other is an ugly green abstract printed thing.  I agree paypal should do something about this company.

Login to Me Too
2 Kudos
Login to Reply or Kudo

I ordered eight shirts and they were all incorrect and only one vaguely like the pattern I ordered so in short a 100% failure. So we went through the usual complaints scenario :

However this time I said that unless I received a full refund I would be contacting Paypal and the BBC "Rip Off Britain" program to expose their scam.

Ubnbelievably we were immediately told we would get a full refund and WE NOW HAVE A FULL REFUND!

They obviously don't like the idea of bad press and being exposed.

Worth a try guys!

Ps. I should add one of them had an offensive logo. Can't imagine anyone wearing this let alone a 64 year old woman. Straight in the bin.