I tried to link my wirex debit card to paypal, but it says my card has been declined. I contacted Wirex and they said this has to do with Paypal and not Wirex, now i have no idea how to do it?

Labels:
3 people had this problem.
Login to Me Too
1 Kudo
Login to Reply or Kudo
Log in to Ask a Question
3 REPLIES 3

Welcome to the PayPal community and thank you for your post.

I am sorry to know that you're unable to link your card. Sometimes, our security program considers a variety of factors at each transaction/activity to keep you safe. Any activity can often be blocked or declined if we detect any unusual or suspicious activity or not safe for your account in the future. In this case, please try again later or try using a different browser. Here's an article to add a card. Kindly note that you can only add a traditional bank to your PayPal account as a virtual bank/card aren't compatible.

This is the exact issue and I don't think the OP mentioned his personal issue, but a common problem between Paypal and WireX. This is happened since October this year I believed, and this also affected me as well (I tried to linked that card and failed).

After talking to CS of both companies many times, I would say that both companies seemed to have no communication, or intention to resolve in this issue, but thinking this is our personal issue rather than theirs.

Of course the issue is still there, unresolved, I just felt frustrated from the replied of both companies CS. I really hope that they can resolve the issue asap as we customers can do nothing  since this is obviously the technical issue on the system. 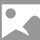 WireX is a digital/virtual bank (actually its not a real bank) which paypal do not accept.

It happens. Hit the "Login to Ask the community" button to create a question for the PayPal community.
Log in to Ask a Question
Related Content
How do i link my debit card to my paypal wallet