Pay, shop, and do even more on the PayPal appGet the App

I see multiple posts by people asking about why webhooks for recurring payments completed aren't executing, but no answers:

Can anyone provide some  insight?

Labels:
2 people had this problem.
Login to Me Too
0 Kudos
Login to Reply or Kudo
Log in to Ask a Question
6 REPLIES 6

Advisor
Are you sure you're using the REST APIs and not Classic APIs? When you say "recurring payments" that sounds like Classic.

Thanks for the reply.

Positive I am using the REST API in ASP.NET. Payments according to the billing agreement do not appear to generate a webhook event for recurring payments.

Advisor
Are you sure you have subscribed to the events you need for that? Did you do it manually in the developer account or via the API? 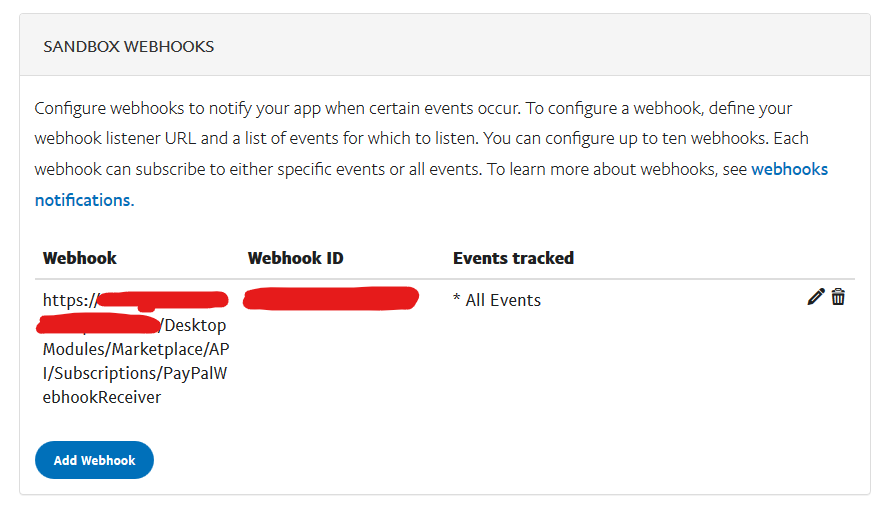 So it has been a week, and even after opening a support request on this issue it remains unresolved and I haven't gotten a response from them since last Wednesday.

Recurring billing is a pretty important feature, but if payments notifications aren't sent then the feature is pretty much crippled without manual lookups or an extra server-based routine verifying ALL subscriptions. This shouldn't be necessary.

This doesn't inspire confidence, and since our project had to move forward we've nearly re-written the subscription system to use Stripe for merchant processing, which is actually proven pretty easy to integrate with.

Aside from the recurring billing issue, I found out that Stripe also allows you to change plans and amounts in active subscriptions so that you don't have to recreate agreements and prompt users to pay again. And since PayPal hasn't wanted to address requests to allow changes to existing agreements at https://github.com/paypal/PayPal-REST-API-issues/issues/25 then Stripe seems to be the flexible way to go.

Which event name specifically are you expecting that you are not getting?

Angell EYE - www.angelleye.com
PayPal Partner and Certified Developer - Kudos are Greatly Appreciated!
Login to Me Too
0 Kudos
Login to Reply or Kudo