Pay, shop, and do even more on the PayPal appGet the App

I have an issue with PayPal Credit that is dragging into ridiculous territory.

I received two refunds from an online retailer yesterday for PayPal Credit purchases and while they show as complete, again, they are still having no impact on my PayPal Credit balance.

I made another payment to PayPal Credit yesterday of around $300 to see if it would be applied to my balance.  Payment was deducted from my available PayPal balance, but - you guessed it - it hasn't impacted my available credit either!

What gives PayPal?  Just how long can you hold payments and credits in limbo?  We're talking 5 days now for the original payment.

Trying to buy an item that is in limited supply right now, and due to lack of payment, the retailer is going to skip me and go to the next person in line.  I would have paid from my PayPal balance if the funds were still there, but I paid PayPal Credit.  The credit line left is insufficient to pay for the item.  The balance in my PayPal account, thanks to the payments and refunds you're sitting on is insufficient to pay for the item.  This is ridiculous!

I called PayPal Credit yesterday, and when they called me back an hour later, they said it could take 8 days for payments to post.  Fantastic.  What about refunds?  Do those take 8 days now as well?

I've NEVER had a payment take more than a day to process before, and refunds normally show up the very next morning.

Can anyone from PayPal Credit explain exactly what's going on here?  Why so slow all of the sudden? 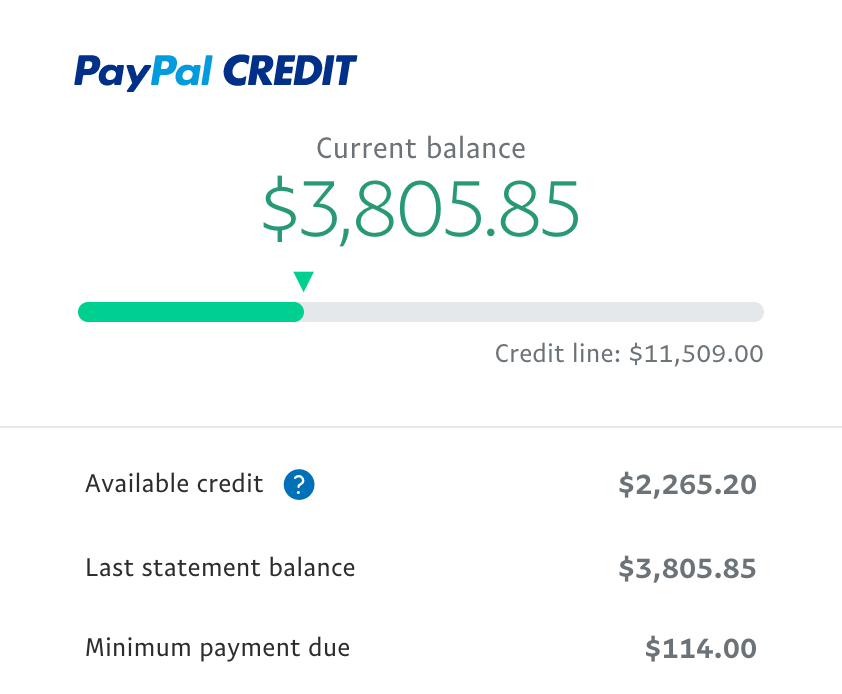 Labels:
11 people had this problem.
Login to Me Too
1 Kudo
Login to Reply or Kudo
Log in to Ask a Question
5 REPLIES 5

@radiogooroo  It doesn't look like anyone really provided a meaningful response to this, so I figured I'd address it because I've experienced it before myself.

My experience has been that when your payment activity deviates from its typical cadence- for instance, when you make a particularly large payment (usually in the thousands of dollars), and that isn't consistent with the normal month to month payments you may have been making historically, PayPal will place a hold on the funds. If you've reached out to PayPal by phone, I'm surprised nobody has explained it to you on one of those calls. They reserve the right to hold the funds until they're certain everything has fully posted and no chargeback occurs.

There is a second circumstance under which I've experienced the same issue- when you make multiple payments that are close together, particularly if it is not a typical payment pattern, this can cause the same flag/hold response. It is most prevalent when the overall dollar amounts exceed a certain threshold.

I've experienced both scenarios myself, and while I wasn't in the same situation as you (trying to make another purchase), it was still very frustrating as I was deliberately knocking out outstanding revolving credit debt across multiple accounts. Because it's part of their internal policy, I was not able to change anything about it by speaking with a representative by phone, and just had to wait for the dust to settle and the balance to reflect properly.

Because I now know this, I tend to space my payments out, and I generally stay under $1000 in a pass, to (hopefully) avoid it happening again.

With prime lenders like Amex, Capital One, Chase, as you likely know, this is never an issue. They process the payments overnight the same business day (assuming payments made within that business day), and both your bank accounts and the credit issuer's balances reflect those payments the very next morning- with a few exceptions, like Discover for instance (they will also do these holds).

I dislike this about PayPal, not because I necessarily have an immediate need for access to the funds, but because it seems excessive.

On the other hand, I tend to use the PayPal for the 0% interest periods, so I've just learned to live with it.

I've never been able to find anything about this specifically in their terms and conditions, but came across your post as I'm doing the exact same thing right now (paying down a large balance).

TL;DR- they can and will do this when payments are made close together, or when those payments exceed a certain dollar threshold. Because of this, I deliberately space out my payments and keep them moderate in dollar amount so it doesn't cause a flag/hold.

If there is a silver lining- they are not allowed to charge interest against that balance while it's in a hold state, so at least you are covered on that.

Contributor
My payment was only $450 and its been on hold for 8 days now. I don't know what to do.
Login to Me Too
0 Kudos
Login to Reply or Kudo

Hi @Cmira507 and everyone else,

Welcome to the community and thank you for your posts!

I'm sorry to hear about the difficulty you've had with a PayPal Credit repayment. Please take a look at the following FAQs for contact information, at the bottom of the appropriate page for your country. A member of the PayPal Credit team will be better equipped to look into the situation and assist.

I hope this information is helpful!

If this post or any other was helpful, please enrich the community by giving kudos or accepting it as a solution.
Login to Me Too
0 Kudos
Login to Reply or Kudo