I have been a victim of Show Academy's scam by offering you 4 weeks of free subscription and before it ends, they charge you for 1 year of premium subscription!

Anyone have the same experience? Anyone was able to get the refund? 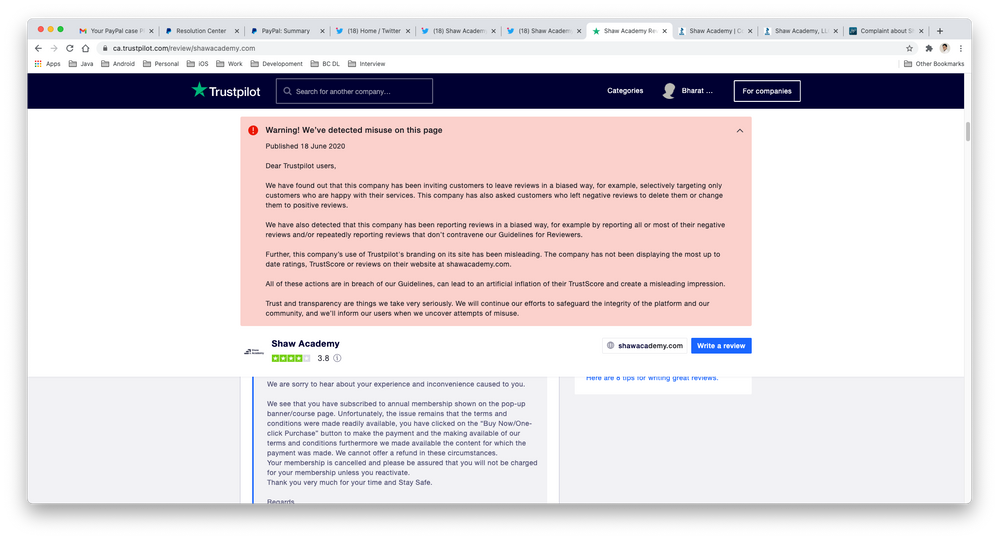 1 person had this problem.
Me too
Labels:
0 Kudos
2 REPLIES 2

Check if you had a subscription set up...
Click on the profile tab (icon next to log out) > Click on payments third option along on the thick blue band top of page > "manage pre-approved payments''.

Something similar just happened to me...

I have been unemployed since June so I would never have paid nearly $80 because I simply cannot afford it. Like, it literally took food off my table.

I immediately tried to cancel my account, but after being redirected through 7 different cancelation request pages, they stated that the account could not be canceled without calling them. I tried several times but could not get through.

I then sent a direct request it was 2 days before I received a response refusing my refund requests. I ended up filing a claim through PayPal but they have now denied my case stating that the reason was that their "records show that this transaction was processed correctly". Apparently the abundance of evidence I provided showing that this company is notorious for consistently scamming people.

The Better Business Bureau & Trustpilot both have them red-flagged & I believe they are under investigation because there have been so many fraud complaints made against them.

I use PayPal because I was under the impression that they are supposed to be secure and protect their users against scams like this. So it's very disappointing that they are facilitating this corrupt (and I feel criminal) association.

The next step for me is to file an appeal and if that is denied, I know that my bank will issue the refunds based on the evidence I've gathered. That will mean I'll have to close my PayPal account.

It would be crappy at the best of times but to let a scam like this continue at a time when people around the world are fighting to make ends meet, is despicable.